Daily prompt: I don’t want to be leader, but…

Daily Prompt
The Fun Platform
If you were the new leader of your country and had the chance to transform something that’s currently an annoyance (or worse) into a very fun activity, what would it be? How would you go about the change, and why would you choose that particular thing? 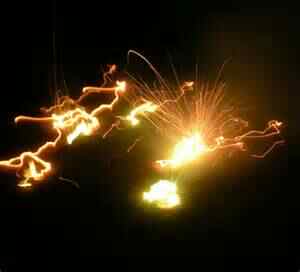 You only have to look at poor old Tony Blab-it to realise he’s way out of his depth. His triumphant smile now has a touch of rictus about it. The lizard-like slither of the tongue has lost its eager anticipation, perhaps dried out by over-exposure to his foot. He has aged. He’s so far behind in the polls it’s ridiculous, particularly when you realise that the Opposition Leader has as much impact as the bleat of a lamb in a pack of foxes. The most dignified and statesmanlike thing Mr Abbott could do would be to step down, but that’s not going to happen. Ever.

It’s hard to feel sorry for a man whose own hubris has been the major contributor to his downfall. And I don’t. Apart from anything else, he hasn’t fallen yet. Whether I might feel more kindly towards him when he does, will depend on how he reacts. If he manages to see the error of his ways and take responsibility for his mistakes, I might feel a glimmer of sympathy, as I would for anyone forced to learn hard lessons when it’s too late. You don’t kick a man when he’s down.

But at the moment, he isn’t ‘a man’. By his own choice and his own somewhat ruthless endeavours, he is Australia’s Prime Minister, and sadly for us, he has no idea what Australia’s about. (We have to assume he renounced his British citizenship at some time before running for office, although all parties concerned are surprisingly coy about producing documentation to verify this.) So the most fun activity available would be to transform him into a backbencher. It might happen this week or next, providing he doesn’t pull one of his now-famous (or infamous) captain’s calls and declare an early election. At that point, his own electorate is gearing up to transform him into their ex-representative.

Now that would be fun!

This entry was posted in Uncategorized and tagged politics, postaday, prime minister. Bookmark the permalink.

4 Responses to Daily prompt: I don’t want to be leader, but…