Daily Prompt
These Horns Were Made for Tooting
Today, share something you love about yourself — don’t be shy, be confident! — but that few other people know about you or get to see very often.

Despite my WP persona, I’m actually pretty quiet. Wallpaper, as I’ve said before. But not automatically a pushover.

My mobile phone died a few days ago. Its face went blank, and no amount of sweet-talking (or aggressive manipulation) could cajole a glimmer from it. A new battery? But – yep, you’ve guessed it! They’re no longer available. Or so I was told.

But never mind. The contract was up, so I could sign up to a new plan and get a new phone for free.

Oh how I make myself laugh sometimes!

Yes indeed I could get a new phone on a new contract. A Smartphone, that would be: half as big again, a touch screen, a myriad of bells and whistles I have no desire to ring or blow, Bluetooth (what for?) and connections to all sorts of things starting with Facebook and finishing in places I’ve never heard of and don’t want to go. And the plan? At least twice as much per month as my current one, supplying me with more capacity than I could possibly want to use. Ever.

Now I do appreciate that modern technology is a wonderful thing. I even understand that if something’s doable, those who can do it find doing it irresistible And I do realise that once you’ve done it, of course you have to convince everyone they’ll just die (socially if not physically) unless they have it. How else would you get your money back? And never mind if it’s all a beat-up and soon we’ll be needing face-recognition software on our phones to remember what our nearest and dearest look like. It’s called PROGRESS, and if dinosaurs like me don’t want to keep up… Well we all know what happened to dinosaurs, don’t we. 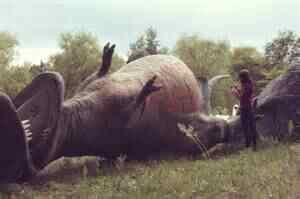 But you see in this instance, I’m happy being a dinosaur. My mobile phone is a phone. I carry it because my kids want me to (so they can check at all times that I’m still alive, and ask me cooking questions while I’m up the street) and so that when I blow two tyres in the middle of nowhere, I can call the NRMA to come and help me out. And call me picky, but I don’t want to pay a hefty monthly fee for stuff I’ll never use.

Fortunately there was an alternative. I could buy (buy!) a very simple prepaid phone, put my old SIM in it, and roll on as before. Done. But when I got home, I realised I hated that phone. HATED it. It was mean and unfriendly. Everything about it was cheap and nasty, and I resented the hell out of the message it sent loud and clear: if you’re not hooked on the latest techno-thrill, you only rate the crap.

I suppose I could have put up with it. Might have got used to it, in time. Perhaps I should have got used to it. But instead, I made the 80km round trip a second time and managed to run to earth something slightly more acceptable. Or so I thought. Until I realised it was woefully lacking in a few basic functions. So now I’ve spent even more time and money finding a replacement battery for my Nokia, which is available after all, and it’s still cost me less than ‘upgrading’ to a Smartphone.

And why did I go to these lengths? Because I refuse to go quietly. I refuse to accept either putting up with second rate, or allowing myself to be conned and manipulated into something far more elaborate than I will ever use, for far more money than I can afford to pay. 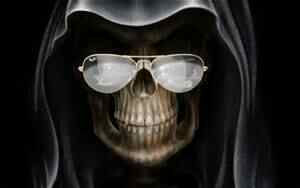 In my less optimistic moments, I sometimes wonder whether this is one of nature’s smarter tricks, to ensure that by the time the Grim Reaper knocks on the door (or does he come down the chimney, like Father Christmas?) you’re quite happy to invite him in for a cup of tea and a chat about the patchy values of modern society while you collect your outdoor coat and your galoshes. I wonder whether you reach a sort of progress saturation point where enough is enough, and bowing out is almost a relief.

But on the other hand, I was born in the middle of WWII (78 records, operator-connected landlines, telegrams, airletters, women wearing hats and gloves, no television), so it’s fair to say that I’ve dealt with more change than most of you have had hot dinners, and adapted to it with aplomb or even panache. So perhaps my current pig-headedness is not about the challenge of new technology but the tyranny of marketing, the death of choice and the wider philosophical question of what constitutes progress.

Change is not an end in itself, my friends. It is not a holy grail to be pursued regardless of the consequences. And nor should it be simply a means of screwing more money out of a gullible market. ‘Simplicity’, believe it or not, is not a dirty word. And choice is a keystone of democracy, not the plaything of commerce.

This entry was posted in Uncategorized and tagged change, dinosaur, postaday, smartphone. Bookmark the permalink.