If you could make a 15 second speech to the entire world, what would you say?
Take a long, hard look at what selfishness and greed are doing to us all, personally, nationally, internationally and environmentally, and be ashamed. The time for personal responsibility is now.

If you could take a photograph, paint a picture or write a story of any place in the world, what and where would it be?

The UK. Being born in The British Empire in the middle of WWII, I was brought up on British history and British literature; you arrive in England, and there it all is! Shakespeare country, Bronte country, the Doomsday Book, and the Battle of Hastings 1066! But what fascinates me most is the social history. 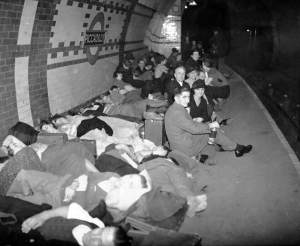 When I first arrived in London, I hopped on the tube and got off at Piccadilly Circus: the statue of Eros, Regent St, red buses, the lot. Icons every one. But what moved me most was the knowledge that during the Blitz, these underground platforms were communal bomb shelters, where people turned up every evening with blankets and mattresses and thermoses and sandwiches, to spend the night and hope they still had homes in the morning.
Everything you see in Britain has centuries of lives behind it. That’s what I find so fascinating. Couldn’t live there, though. Couldn’t stand the weather.

If you had to spend one weekend alone in a single store but could remove nothing, which store would you pick?
As long as I could partake of what was there, even if I couldn’t remove it, I’d choose a bookshop with a coffee lounge – you know the sort. Unlimited books, unlimited coffee – my idea of heaven.

If you were given a boat or yacht today, what would you name it? (You an always sell the yacht later)
Lollygobble Blissbomb.

This entry was posted in Uncategorized. Bookmark the permalink.